On November 20, 2020, as part of the European Entrepreneurship Week 2020 in Ukraine, experts from the Institute for Economic Research and Policy Consulting (IER) presented the third part of the V annual survey of exporters and importers on the assessment of the EU-Ukraine Association Agreement, barriers and participation in business associations.

Mоderator of the event was Oksana KUZIAKIV, Project Team Leader, Executive Director of the Institute for Economic Research and Policy Consulting (IER).

Speakers of the event:

39.3% of importers and exporters positively assessed the impact of the Association Agreement on their business. This is about 10 percentage points higher than the previous three waves of the survey. At the same time, the share of those who lost from the Agreement has not changed dramatically since 2016 and is only 5.6%. About half of the enterprises did not feel any changes.

The highest assessments of the impact of the Agreement were given by enterprises from Western and Central Ukraine, in particular in Lviv, Rivne and Kyiv regions. Low scores – in the South, especially in Kherson and Odessa. “The positive assessment of the already received benefits from the Association Agreement has increased. However, entrepreneurs are less optimistic, compared to the results of 2016-2017, about the potential impact of the Agreement in the next five years, “- said Eugene Angel.

Traditionally, big business has a greater positive impact of the Agreement than the SME sector. It is necessary to pay attention to the creation of opportunities provided by the Agreement for small and micro businesses, “said Oksana Kuziakiv.

8% of exporters and 19% of importers reported barriers to exports and imports, the lowest share since 2016. The main obstacles to exports are the lack of simplified rules for determining the origin of goods and the long wait for customs clearance. The main obstacles to imports are the non-transparency of customs valuation, the complexity of customs and tax legislation, high rates of customs duties.

34% of exporters know about the Export Promotion Office. The visibility of the Office increased by 6 percentage points, compared to 2018. The average score of the Office’s activity has hardly changed and is 3.4 points (in 2018 – 3.3 points).

The Internet remains the most popular source of information on foreign trade regulation for enterprises. However, personal connections (information from buyers and suppliers) are also important when looking for information about other countries. More than 98% of businesses are aware of most government websites and most often use customs and tax websites.

✅ You can read the Short Report (eng) here 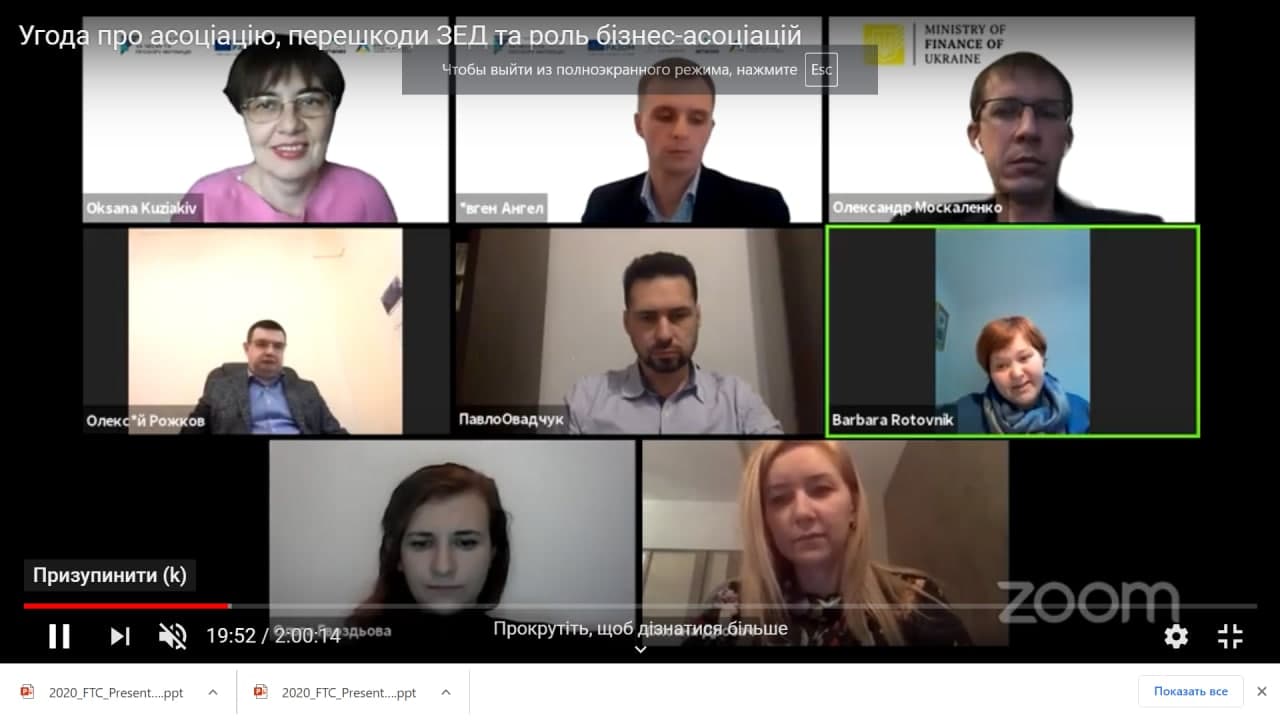 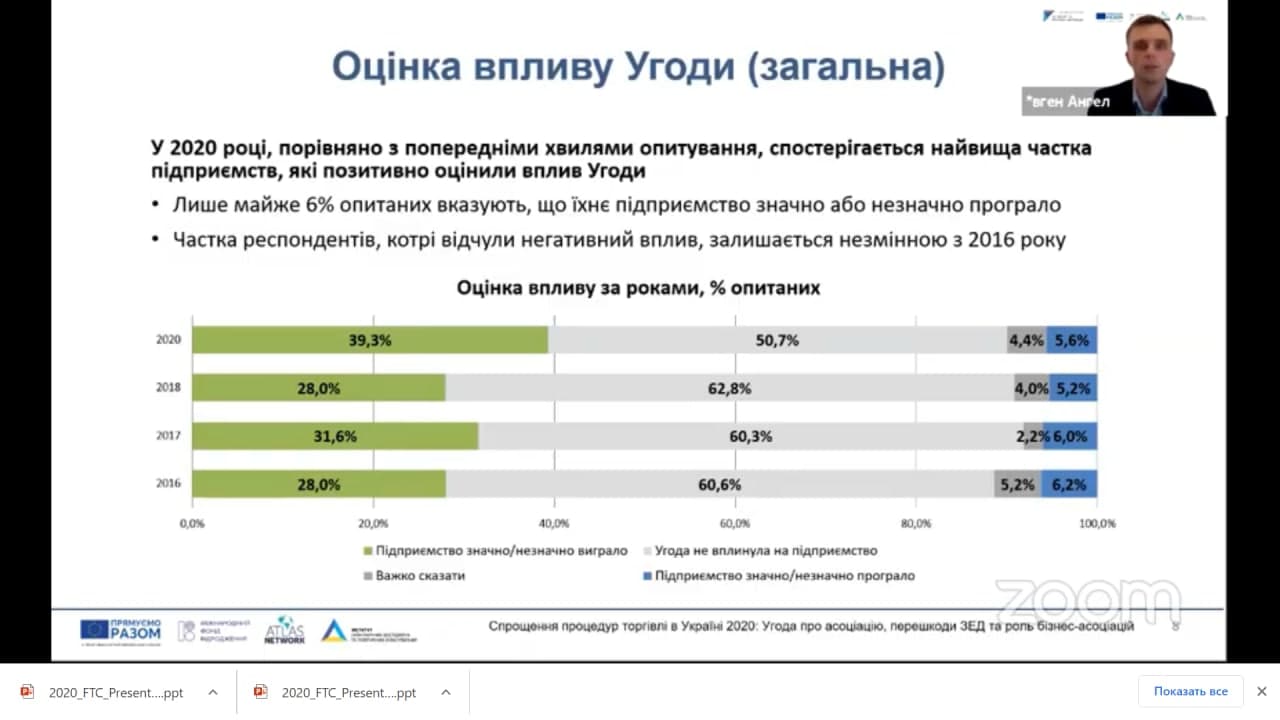 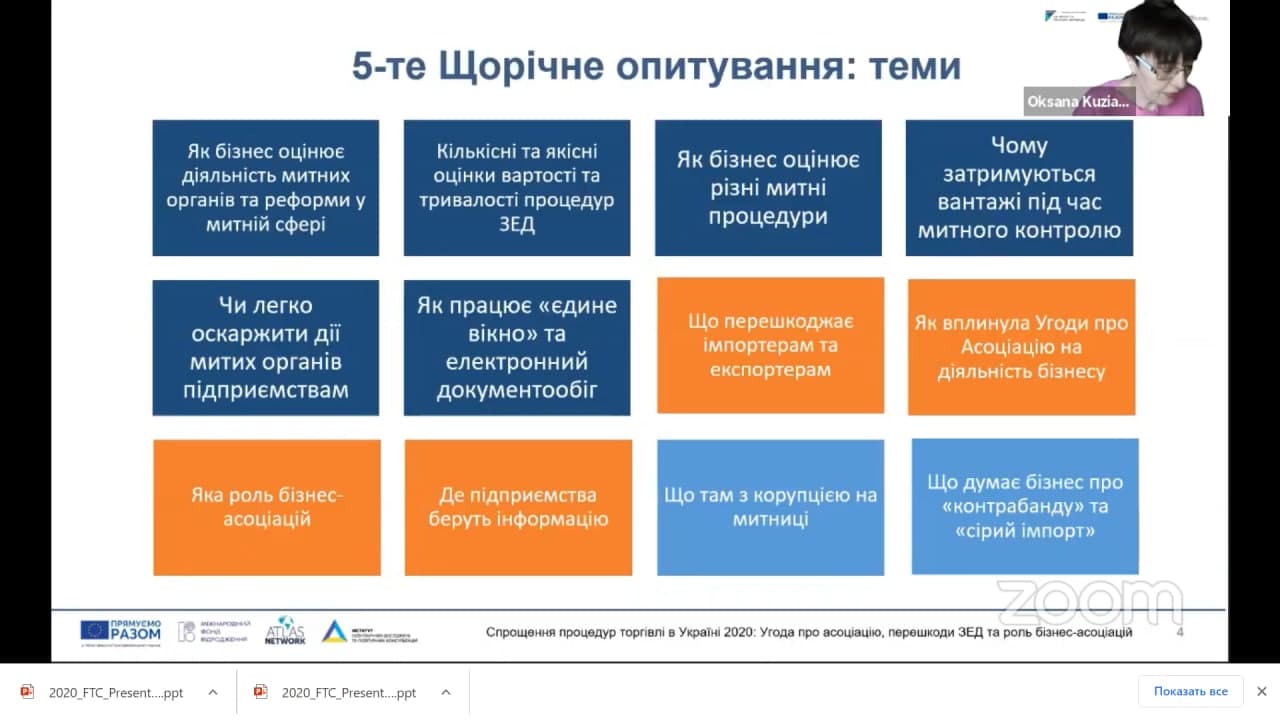 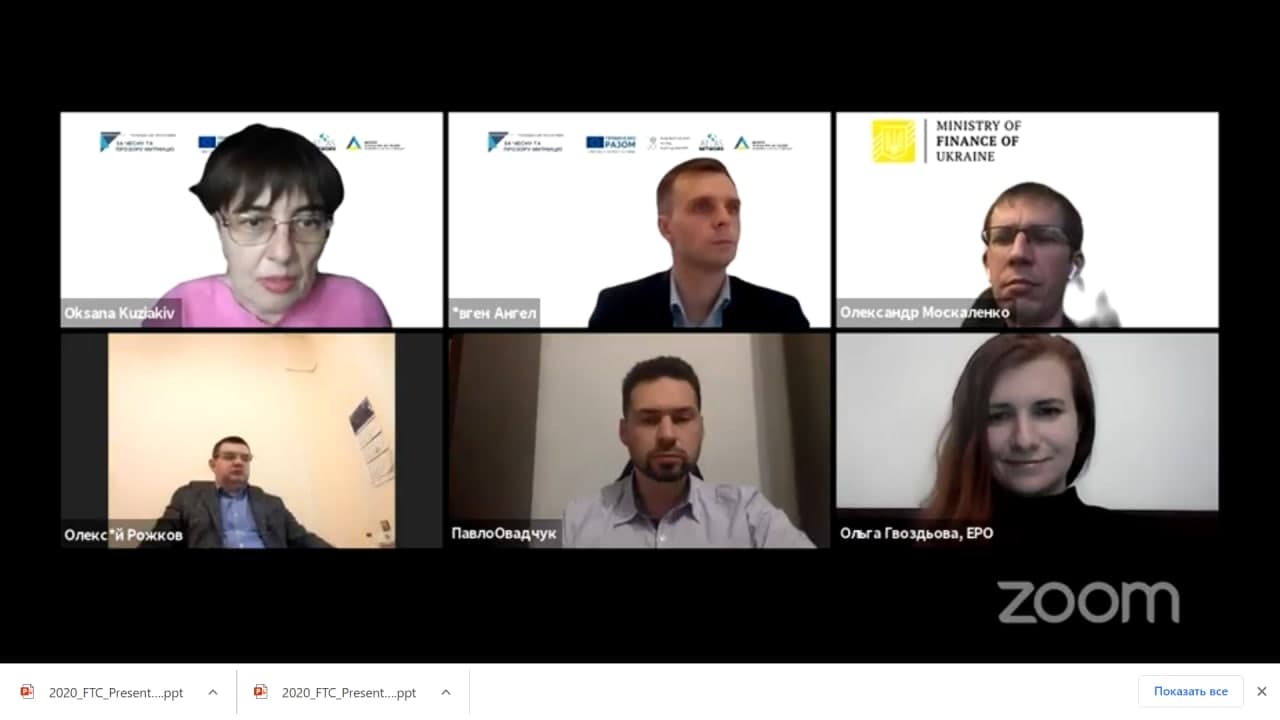