On October 29, 2020, an online presentation of the results of the Fifth Annual Survey of Exporters and Importers took place. EPISODE TWO: customs procedures and administrative appeal through the eyes of business.

Speakers of the event:

During the event, the key results of a survey of more than 1,000 Ukrainian companies-exporters and importers, conducted in April-June 2020, were presented. The survey was conducted by the Institute for Economic Research and Policy Consulting (IER) in the framework of the project “Support to the public initiative “For Fair and Transparent Customs” with the financial support of the European Union, the International Renaissance Foundation and Atlas Network.

Importers are more likely to report obstacles in different procedures than exporters. More than half of importers report difficulties in deciding on the customs value of goods. Common problems for importers and exporters in different customs procedures are the overestimation of the customs value of goods, the requirement to provide many additional documents and a different approach to the same legislation or goods.

“Analysis of the problems faced by the business at customs shows that to create a favorable business environment requires not only simplification of procedures and paperwork, but also to prevent selective application of legislation, the principle of equal rules of the game for all should be key “- said Oksana Kuziakiv, IER Executive Director.

“Importers are three times more likely to appeal against the actions of customs authorities and are generally better informed about appeal procedures than exporters, ”said Iryna Fedets, a senior researcher at the IER. In a total of four years of the survey, the last year was the most successful for those who complained about the actions of customs. Appeals against customs actions were partially or completely successful for almost 88% of enterprises that had such experience. This is the largest share in 4 waves of the survey since 2016.

“Importers are more acutely aware of the problem of cargo delays from customs control, – said Eugene Angel, a researcher at the IER. “Less than half of importers (45%) compared to almost two thirds of exporters (60%) did not face cargo delays.” At the same time, queues at the border remain the main reason for delays during customs control.

The most popular idea among innovations at customs is the idea of joint customs control with neighboring countries. It has significant business support, especially at customs where there are long queues. About 70% evaluate such an idea positively and only 3% – negatively.

The second event in a series of public discussions of the results of this survey, which will take place by the end of 2020.

✅ You can read the slides of the speakers (eng) here

✅ You can read the slides of the speakers (ukr) here 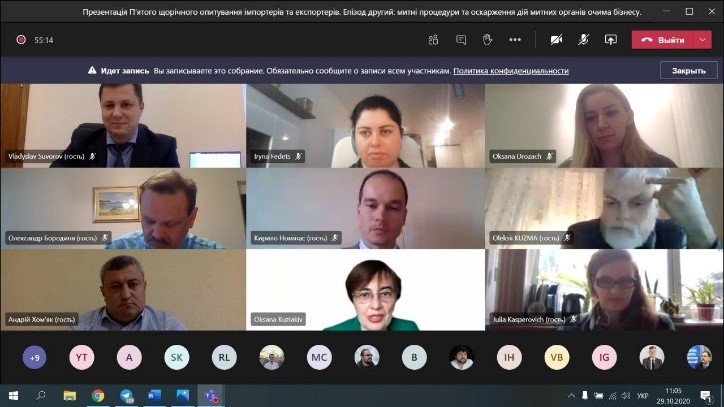 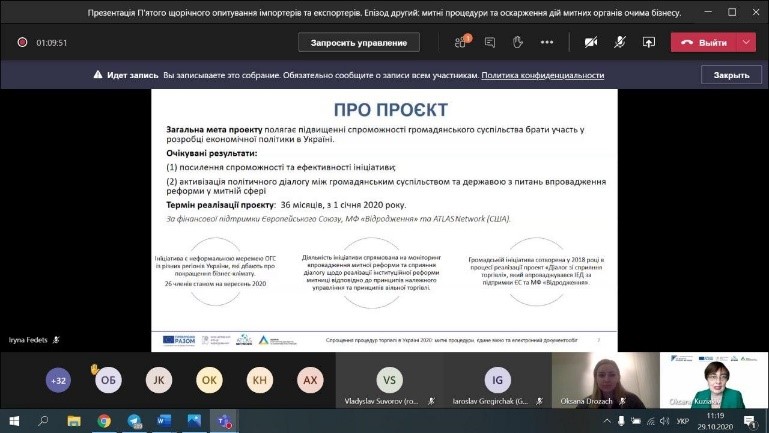 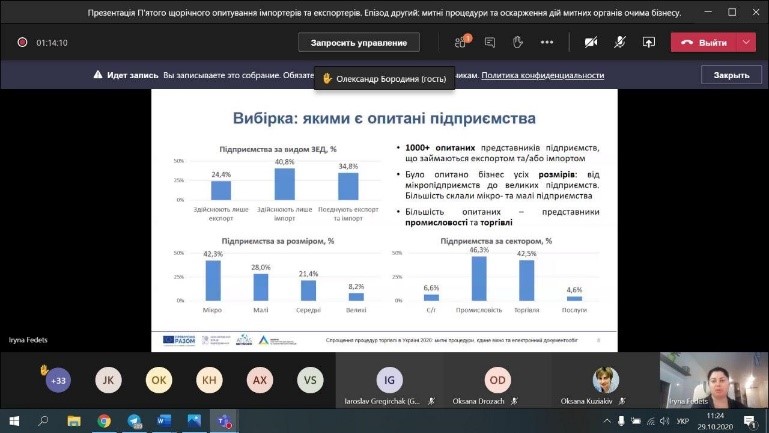 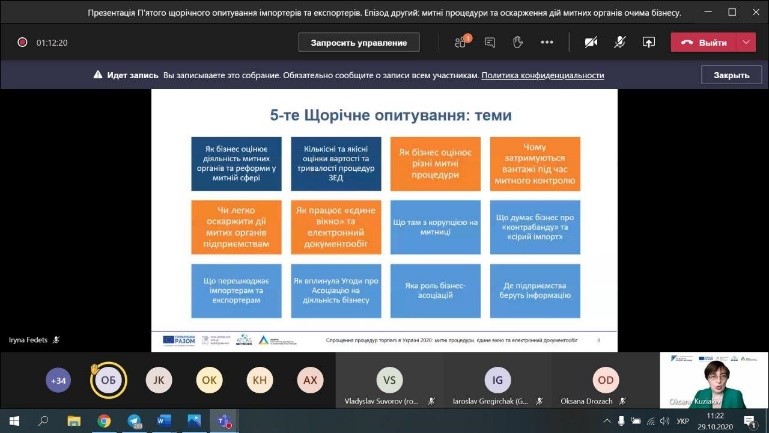 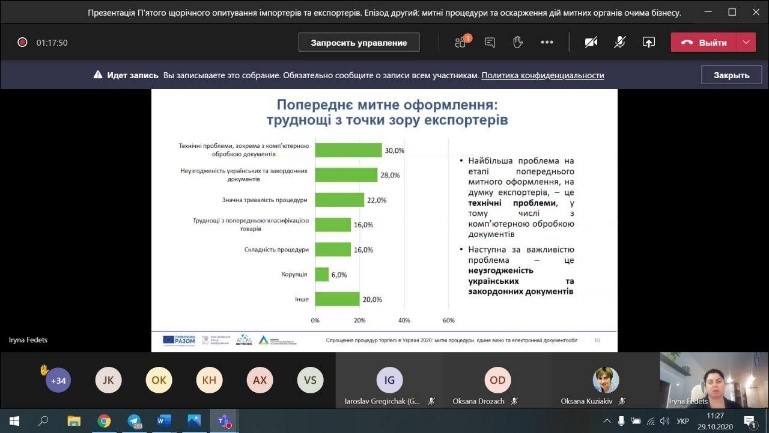 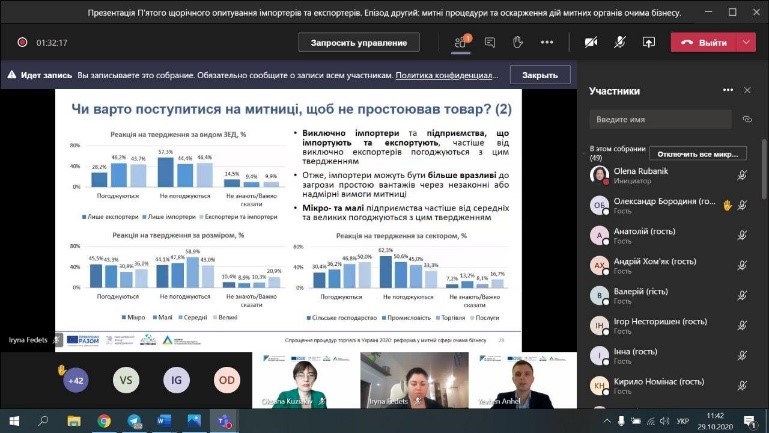 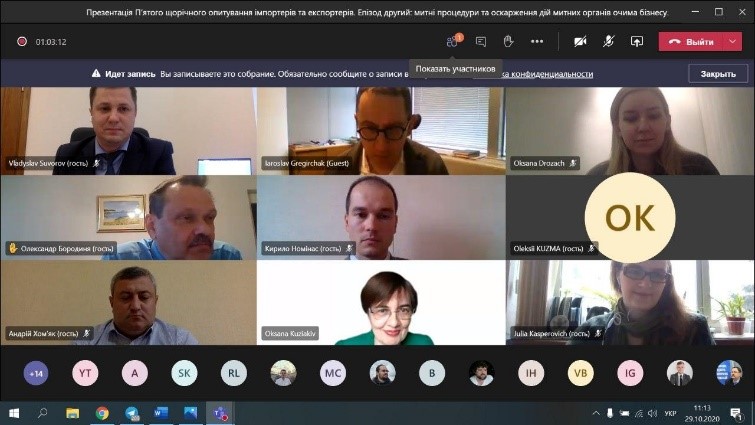